A House Divided: What a Republican Majority Means for Oversight

The ballots are in, the votes have been counted, and it’s official: for the 19th time since 1857, control of the House of Representatives has shifted parties and Republicans are set to rule with a 220-213 majority. Democrats did retain control of the Senate, which means that Congress is once again divided, making any meaningful legislative progress in either direction difficult. Even so, there is still one area where we are expecting to see significant activity coming from Congress and the newly Republican House: oversight.

The House Oversight Committee is the main investigative committee in the U.S. House of Representatives and it has a broad mandate. According to House Rules, the Committee shall review and study on a continuing basis:

What does this all mean? It means everything is fair game for the Committee to dig into. And it means bureaucratic accountability is more important than ever for our customers and all public institutions who are about to be on the receiving end of an investigative onslaught. It’s critical they ensure their own houses are in order immediately.

Will your Office of Inspector General (OIG) be tasked with conducting additional audits or investigations? Our eCASE Audit and eCASE Investigations case management solutions automate these activities end-to-end, making these cumbersome processes much more manageable with applications tailored to the unique needs and requirements of Inspectors General (IG).

Will you be staring down the barrel of non-stop congressional inquiries? Our Correspondence solution is the perfect tool for Executive Secretaries to catch those questions and turn out answers – quickly and reliably.

Will you be ready when every investigation – every subpoena, every hearing, every speech and news appearance – engender dozens, hundreds, or even thousands of new Freedom of Information Act (FOIA) requests? As it has been for decades, FOIAXpress is the answer to your FOIA case management problems.

Better yet, when you adopt our solutions as a suite, you unlock the potential for even greater efficiencies. Investigations of your open government software for political interference? FOIA requests that duplicate Congressional Correspondence? IG Audits of your procurement activities and open contracts? AINS has you – and your whole middle office – covered and prepared for whatever the 118th, 119th, or even 125th Congress has in store.

As 2022 comes to a close, the Committee is reviewing everything from white supremacy to FITARA to Cannabis to postal operations to toxic aviation fuel to The Future of Federal Work to regenerative agriculture to the Washington Commanders and virtually everything in between. If it’s been on the front page of the Washington Post, you can be sure the Committee has been looking into it. And this oversight activity is just from one single committee. In doing much of its business, many other congressional committees, and even individual members of Congress, routinely engage in oversight-like investigative activities. 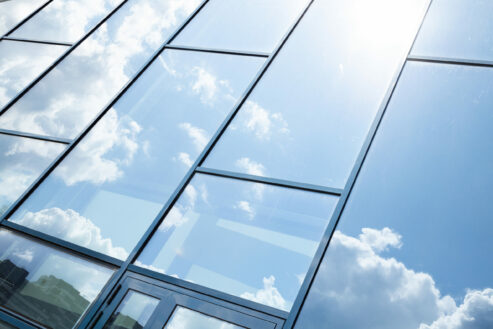 What can we expect from the 118th Congress? More oversight, with one major difference. Since the 117th Congress was controlled by Democratics, a good portion of its oversight activity was aligned with President Biden’s agenda. That’s why it focused on traditional Democrat agenda items like civil rights and environmental policy and included an external-facing focus on businesses, state and local institutions, and other federal government outsiders. But oversight committees controlled by an opposition party typically tend to focus a lot more inwards to act as a “check” on the current administration. Republican Leader Kevin McCarthy has published his playbook.

“Our majority will have the obligation and authority to conduct rigorous oversight of the federal government, including using the government’s vast power to attempt to coerce private businesses to act against the freedoms and security of our citizens.”

We will leave no stone unturned in order to deliver the accountability the American people deserve. Too many decision points in the government are made by agency heads and implemented by unelected and unconfirmed government actors – all of whom need to be accountable to the American people. And with gavels and subpoena authority in the upcoming Congress, we will use interviews, subpoenas, depositions, and hearings to expose the truth.”

Already on the Republican docket:

That is a non-exhaustive list and just the beginning. A quick glance shows the coming storm will touch every federal agency and hundreds, if not thousands, of state, local, and educational institutions. Get prepared now with AINS solutions.

Ben Tingo is OPEXUS’ General Counsel and Vice President of Partnerships. He is an active member of the NARA FOIA Advisory Committee.

Bureaucratic accountability is more important than ever for our customers and all public institutions who are about to be on the receiving end of an investigative onslaught. It’s critical they ensure their own houses are in order immediately.

You can find out more about which cookies we are using or switch them off in settings.

This website uses cookies so that we can provide you with the best user experience possible. Cookie information is stored in your browser and performs functions such as recognising you when you return to our website and helping our team to understand which sections of the website you find most interesting and useful.

Strictly Necessary Cookie should be enabled at all times so that we can save your preferences for cookie settings.

If you disable this cookie, we will not be able to save your preferences. This means that every time you visit this website you will need to enable or disable cookies again.